The theater surrounding our rude financial health and the stage set between Boehner and the Obama Corral is a curtain to the fiscal cliff debacle that can be drawn by everyone around the globe. Eating, sleeping, working and watching TV are the four most common things shared across the world – showering must be a close fifth (I hope so for the sake of us all).

As to how the shower works analogously when planning for the fiscal cliff, you can try it for yourself. Rapidly turn up the tap’s water temperature and you’ll scald, turn it too slowly and it’s non-effective, turn it cold too fast and you catapult out of the bath. Each shower whether it’s in “hotels, motels, hen houses and cat houses” has it’s own idiosyncrasies and requires a dab hand at getting it right first time. Needless to say, there’s always someone round who can advise you on the appropriate torque, reach, tweak and twist. This is an analogy neither party can refute. Start with the basics that provide common ground and as a guide use the three pillars of this our wonderful American society: prudence, looking after oneself as best as one can; justice, keeping the law of the land; and beneficence (not to be confused with Romney’s “gifts”), caring for others and societies around the world where there is need. So before these next few weeks of wrangling end up becoming a spreading sore – take a shower.

You can only be brave if you’re frightened and frankly I’m scared ‘birdless’. Over the next few weeks you dueling demi Gods will be forced to be good at what you do, ideas will be argued, objectives shared, strategies mulled over, limbs pulled from (dead bird) bodies, and hopefully a great united relationship can begin.

As for the pundits, the court of public opinion and other people’s pov’s: prior to the 21st century there were the few who could truly write, but no one could read very well, then newspapers came along and got raped online and suddenly the world could read snippets, but no one could still write very well. Then scrolled in social media and suddenly no one could talk nor read and write and today Smartphones mean everyone can showroom and text, but they still can’t write, read, talk nor smpell.  It’s The Shower, Stupid. 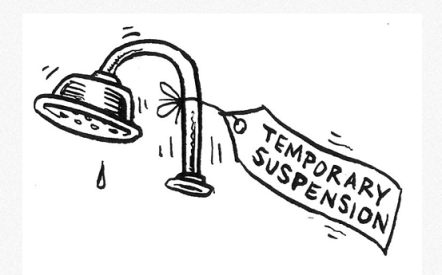