When major corporations have done something to anger Chinese authorities in recent years, the playbook has called for one thing: an apology…

“Dean Crutchfield, CEO of the crisis management firm Crutchfield + Partners, said Morey’s tweet, well-intentioned as it was, could cost the NBA billions. He wondered if a parting of the ways between Morey and the Rockets would appease China.

“You need to fire him and you need to fire him fast,” Crutchfield said. “China needs a statement, and for him to still be in his job is remarkable. I think Silver did a remarkable job with his statement, but this is a senior official, well aware of the importance of the Chinese market. One man, one tweet.” Here’s a link to the article.

“Agency experts, including a former communications executive with the league, say its initial public response inadvertently juiced the crisis….

With that in mind, Dean Crutchfield, CEO of Crutchfield + Partners, says the NBA should have exercised another option: dismiss Morey. Crutchfield says other employers would find rogue commentary of a sensitive geopolitical nature grounds for termination, especially if it was about a critical and growing geographic market, regardless of how well-meaning the message.

“If a senior executive and important representative of Apple came out with a remark like that about their most successful business unit, that executive wouldn’t be there anymore. It simply wouldn’t be tolerated in a corporate environment,” states Crutchfield. “It was one man, one tweet; they should have fired him and fired him fast.”

If they had, instead of making a statement about democracy and free speech, the NBA would have addressed business protocols and guidelines in relation to social media.

“The statement would read something like, ‘This is not how our people behave on social media, uncontrolled and with no regard for their professional responsibility. His personal opinion should have been kept to himself given the platform he has being part of this organization,’” says Crutchfield. 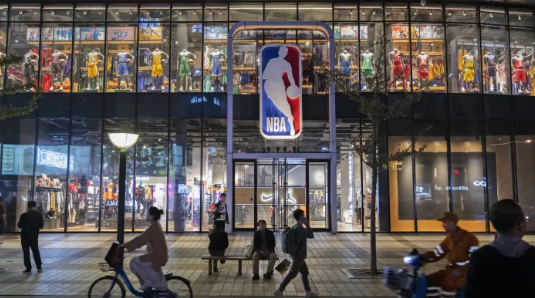 Financial Times reports on a new perspective on NBA v. China spat…Few western companies have more at stake than Nike in the fallout from an American basketball executive’s tweet about Hong Kong.

Here’s a link to the article. My POV is that “despite demands from the likes of Mr Rubio, he would advise the company to stay quiet. “Nike didn’t create this war,” he said. “Any crisis manager would say the same: avoid, avoid, avoid.” The episode could yet work to the company’s advantage, he added. “If they play it right, they’re going to sell a lot more merchandise.”

Was pulling the sneaker the right thing to do? For some, it was a racist sneaker for others an icon of history. Did Nike do the right thing? Why did they get there in the first place? So many questions and so many media impressions. Here’s what I shared on CNBC Squawk Box.

Cut Through The Clutter https://www.fastcodesign.com/3054339/evidence/how-a-logos-color-shapes-consumers-opinion-of-a-brand

The Word, The Sword The Arm of The Law…What a triumphant week for our justice system. From the travel ban to banning mega-mergers as a federal judge blocks the $54B tie-up between national insurers Anthem and Cigna, saying the combination would harm competition in the national employer market. Article.

eat brands are about storytelling and brand voice success comes when you mitigate the turned-off reaction. 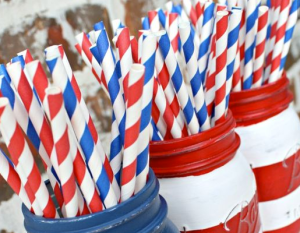 The greatest brands in the world have a palpable sense of mission about them. The United States of America gave the world a chance to be different. Its soul is radical. It’s history full on. America has always been a lightening rod, a country that goes charging into the fray as a liberator, a savior, and a protector. Does a divisive country weaken Brand USAs image abroad?

From President-elect Trump and street protests to New Balance sneakers alight and a red-hot stock market is Brand USA facing a chronic and debilitating decline as pundits suggest? Will Trump’s bold, arrogant and cocksure rise to the top job, his rhetoric, and choice of cabinet magnify the issue of our international role and standing? Will it be a leg up, a close shave or a deep cut?

Inside Brand USA there’s a dysfunctional dynamic. Today the country’s divided it lacks cohesion and confuses the world. Right now there’s no one brand that America can rally behind because there is tension between the extreme poles of right and left. The self-denigration inside America, the frustration, lack of self-worth and self-esteem is seen by the world and affects people’s perception. For many onlookers Trump supporters were about making America white again, moving away from the “United Colors of America”. An America that embraces everyone to an America that’s isolationist is a starkly different place.

A country’s wealth is not measured by what it has, but whom it helps with it. Because of this, the world admires America, but many ask what will be the basis of America’s claim to moral superiority going forward. Our greatness has not come from winning, but from leadership with common values and shared responsibilities: power is not a right it’s a responsibility. America had a clear position

in WW2, the cold war, Regan and Obama. As Tocqueville said when he traveled the country, “America is great because it is good and it is not great when it’s not good”.

A thought is as real as an IED. Might the world be concerned they’re going to see an imperial mission for America with Trump at the helm? A brand doesn’t live by itself so for Brand USA to assert that it has no interest other than self-interest is unsustainable in the modern world and our role within it. That’s the equivalent of Trump saying he has no interest other than being elected.

Through all the mud slinging, speech giving and handshakes the burning issue for Brand USA is what is America’s true motive going to be as it handles multiple, urgent and important short and long-term crises simultaneously while formulating coherent long-term strategies? For now, political hysteria reigns, befuddled, malevolent and irrational, but just as things never turn out as Presidents promise, they rarely turn out as badly as pundits warn. Keep flying high America.