Recent research from Deloitte reveals the ideal but arduous path facing business leaders as they face up to environmental, governmental and public pressure to BE sustainable. 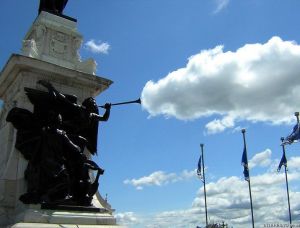 As seen in WARC:

Increasing numbers of brand owners are pursuing a “societal purpose”, but most have not yet yielded a competitive advantage from doing so, a study has revealed.

Deloitte, the advisory group, and the Economist Intelligence Unit, the research provider, surveyed 390 senior executives worldwide, and found 82% of featured companies had a formal societal purpose.

In all, 73% of the panel agreed that their firm’s core activities made a valuable contribution to communities, while 11% disagreed with this view, and 16% offered no opinion on the subject.

Another 76% thought a societal purpose should be combined with corporate profits when measuring the value of a business, although 44% stated profit margins must “primarily” be used.

Respondents in Asia Pacific had particularly clear ideas about what having a purpose represents: 70% suggested such models were adopted by “mature” companies and 68% argued it was indicative of strong leadership.

By contrast, 75% of the African, Latin American and Middle Eastern sample saw this area as essential for future success, 71% described it as a strategy that was “here for the long haul” and 66% predicted it would attract both potential staff and customers.

Just 38% of North American contributors perceived societal purpose as key to their future success, 41% regarded it as “little more than window dressing” and 47% asserted that it reflected effective leadership.

Barry Salzberg, global CEO of Deloitte, said: “We believe there is opportunity for this ‘societal purpose’ to be integrated into a business’s core activities, decisions, and identity. It is through this embedded purpose, in turn, that businesses can inspire positive economic, environmental, and social change.”

When assessing the qualities needed by future leaders, 45% of interviewees mentioned anticipating opportunities and challenges, 38% said managing change and 32% pointed to communicating about corporate social credentials.

At present, 75% of executives are familiar with their company’s statement of purpose, whereas a rather smaller 25% considered consumers to have a similar level of understanding in this area.

Moreover, while this mission influences culture and strategy at 51% of firms, a limited 37% of organisations believed it lent them credibility in the market, and 15% had already enjoyed a competitive advantage after following such principles.